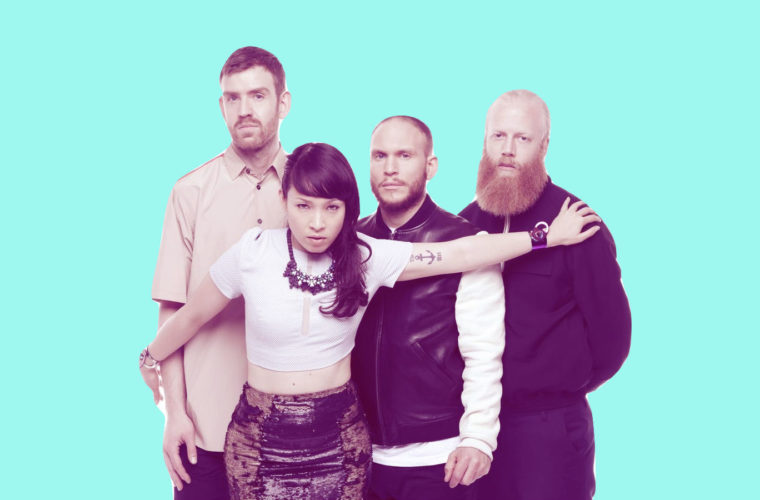 The time between 1990 and 2003 has been called “the Swedish Music Miracle” but Sweden has been winning at pop music for longer than that. In the 1970’s it was Abba, and in the 1980’s it was Roxette. The came Robyn, Ace of Base and Icona Pop. There seems to be a Swedish band for every era.

Little Dragon is the Swedish electro band that could. Named for the in-studio temper tantrums of lead singer Yukimi Nagano, the band was often called the band that almost made it. But making it is a matter of perspective. The band’s loyal following now spans the globe, and they make festival appearances at Coachella and Glastonbury. Their music is energetic electro pop that draws from artists like Janet Jackson, Prince and Kelis. The Gothenburg-based foursome have been together for 20 years, and now they are finding mainstream success outside of their 2011 hit single, Ritual Union. Their newest album, Season High, has solidified their reputation as a powerful and original force on the electro scene.

Tove Lo’s debut album, Queen of the Clouds, introduced a kind of music that Rolling Stone dubbed “Sweden’s darkest pop export.” Tove Lo is the stage name of Ebba Tova Nilsson, a Stockholm-based singer-songwriter whose talent has led to collaborations with Elle Goulding (she co-wrote Love Me Like You Do), Lorde, Coldplay, Urban Cone, Wiz Khalifa, Adam Lambert, and Flume. She has also written hit records for Caroline Hjelt of Icona Pop and Cher Lloyd. Lo’s sound is electronic and emotive, making her a good match for today’s aesthetic.

No one could escape the music of Icona Pop in the summer of 2012, as “I Love It” topped the charts worldwide. Icona Pop is a duo composed of Caroline Hjelt and Aino Jawo. Their 2012 album was firmly established in the EDM scene. Subsequent outings have proven they have more tricks up their sleeve. 2015’s song “Emergency,” for instance, combines big band swing with sparse electro beats. Fans are still waiting for a long-play follow up to 2013’s This Is… Icona Pop.

Dungen is a rarity in Swedish music: a band which sings only in Swedish that has a big following all over the world. Dungen’s fans include some big names, like Fleet Foxes, who stunned a Stockholm crowd by singing a Dungen song in Swedish during a concert. Dungen is known for its psychedelic-rock with tight song structure. Their live performances are more spontaneous, and the group has been embraced by the alternative scene. In 2016, the group toured America playing music to screenings of Lotte Reiniger’s 1926 film The Adventures of Prince Achmed.

Melissa Horn is relatively unknown outside of Sweden, but that should change. Anyone who listens to her music comes away moved by her lyrics, even if they do not know Swedish, the emotion comes through. Unlike her peers, she stays away from EDM and infuses her pop with folk influences. Her music is bare and provides just the right backdrop for her piercing voice.

If you like moody, atmospheric music, then Alice Boman’s music is for you. The Malmo singer-songwriter recorded her own demos in her bedroom but never thought they would be released. When she recorded in a studio, her tracks were so popular that she immediately got a record deal. The dreamlike sounds have been featured on a variety of films and TV shows, like Transparent, Suits and Paper Towns. Boman has released two EP’s but her fans are still waiting for a full LP.