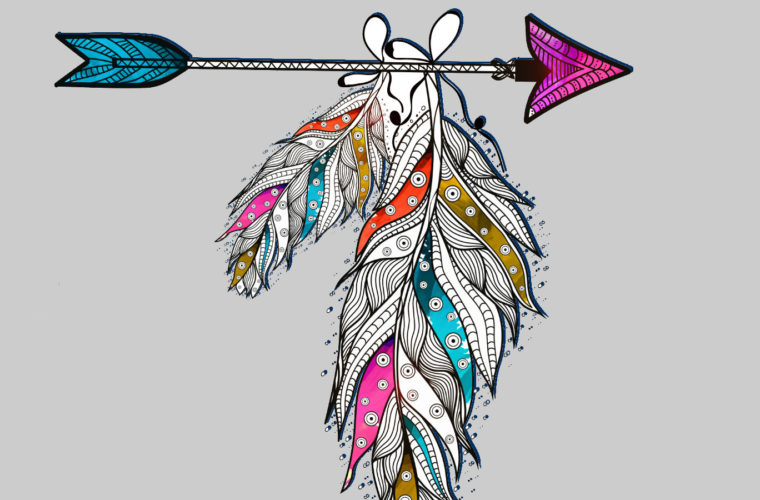 Goths is a departure of sorts from the lo-fi minimalism that The Mountain Goats is known for. This is a concept album, and one the band takes seriously. It includes a Gregorian-chanting choir, guttural vocals, imagery of cemeteries and wolves, and everything else one might associate with an Anne Rice novel. But the album pivots into jazz, which creates a multi-faceted album that ranks as one of the year’s most interesting.

Broken Social Scene is still alive and kicking, and that’s a good thing for the rest of us. Hug of Thunder is something fans have clamored for, a full-fledged reunion of all 15 members of the collective. That means this album is brimming with talent like Feist, Emily Haines, Kevin Drew and various members of Stars and Metric. The warm, wonderful album makes fans feel good again while listening to music, a departure in this strange music year.

Girlpool’s first album hinted that they had what it took to become a major force in indie rock and with Powerplant, the band does just that. The music is louder, thanks to Cleo Tucker and Harmony Tividad’s decision to add a drum set to the guitar riffs. The lyrics remain funny, ironic and dreamlike. “I faked global warming just to get close to you” for instance, is at once funny, weird, and touching.

The Magnetic Fields
50 Song Memoir
Some of you might regard The Magnetic Fields as Indie Pop rather than Indie Rock but you can’t quibble with success. Building off the ridiculous but perfect challenge of 69 Love Songs, 50 Song Memoir is Stephin Merritt’s version response to his record company, which asked him to commemorate his 50th birthday. The record contains an autobiographical song about each year of Merritt’s life. Fans know if anyone can write music suitable for the 1960’s, 1970’s, 1980’s, 1990’s through to today, it is Merritt. The album is a remarkable collection of music.

Vagabon, Lætitia Tamko’s new concept, is a tour-de-force in the indie DIY aesthetic. The Brooklyn songwriter has a way with words that few artists can match, skewering a culture which others whatever it doesn’t understand. On Vagabon’s debut album, she howls, “Run and tell everybody Laetitia is a small fish,” as she launches into the tale of a minnow-like girl stuck on a school bus with older and taller sharks. It’s an incredibly affecting moment, and there are many of them on Infinite Worlds. This album came out in February and yet it still lingers, like an invisible punch to the gut.

The National’s seventh studio album, Sleep Well Beast, turns anxiety into high art. Although The National typically turns its heavy, atmospheric darkness toward navel-gazing, this LP has politics on the mind. No, there are no direct attacks on political subjects here (think Neil Young’s “Let’s Impeach the President for Lying”), although there is one direct quote from Dick Cheney about creating your own reality. Instead, it’s more about the mood, which is, well, national. Chaos, confusion, despair, are all present in lyrics like “Keep the weed next to the bed/Light the water, check for lead,” on the song “Turtleneck.” It’s an album full of protagonists who admittedly don’t know what to do, so they shuffle through life, one spliff at a time.

Nothing screams indie more than a collaboration between Kurt Vile and Courtney Barnett. The two are famously chill and together they create something that is somehow chill but fully alive. Their album seems totally organic and loose, with subjects ranging from love to fabric softener and you know, sea lice. They swap feelings like anxiety, fear, wit and Blue Cheese. If you feared that this combo would amount to less than the sum of its parts, you are in for a treat. The album leaves you wanting more of both, together and apart.