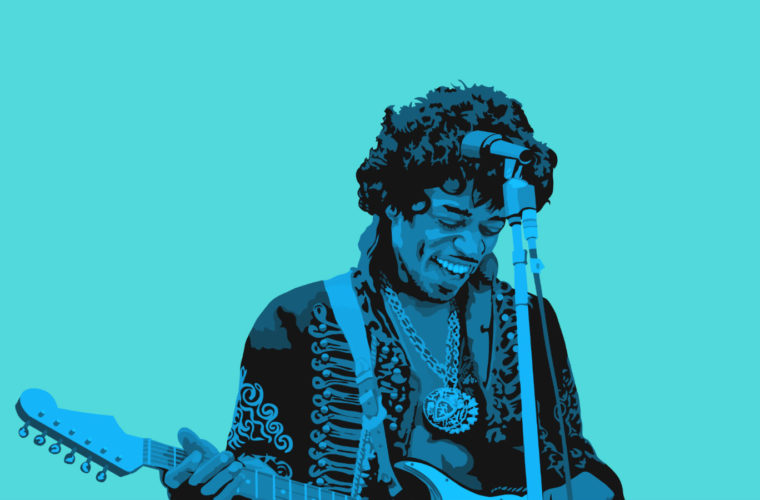 March is almost here, and as the spring arrives, so do some new notable albums. Do your ears a favor and put these titles on your download or buy list.

Moby, Everything Was Beautiful and Nothing Hurt (March 2)

Moby has been on a tear lately with releases. Before 2016’s Long Ambients 1: Calm. Sleep, fans had waited since 2013 for a new album from the electronica artist. Long Ambients seemed to release a creative spark in him, as he followed that up with 2016’s These Systems Are Failing, and 2017’s More Fast Songs About the Apocalypse. Now with a title inspired by Kurt Vonnegut’s Slaughterhouse-Five comes Everything Was Beautiful and Nothing Hurt. The album features 12 tracks and already has a hit single, “Motherless Child,” which hit #33 in February.

Jimi Hendrix, Both Sides of the Sky (March 9)

Who says you can’t stop releasing music after you’ve passed on? Both Sides of the Sky is new compilation album from Jimi Hendrix full of unreleased material. The album features 13 tracks with 10 making their debut to listeners. Recorded between January 1968 and February 1970, the songs feature music made with Band of Gypsies, as well as a few famous friends. Look for Hendrix on Joni Mitchell’s “Woodstock” and a rendition of Muddy Waters’ “Mannish Boy.”

Brooklyn producer and rapper Bishop Nehru has been called a “teenage phenom,” and will release his album Elevators (Act I & II) soon. The album is Nehru’s own version of the iconic Beach Boys album Pet Sounds, as he states, “With this project I was largely influenced by music theory and Pet Sounds by The Beach Boys. This is my attempt at a ‘rap’ Pet Sounds.”

Yo La Tengo will release their self-produced album, There’s a Riot Going On, and it’s a reference to the same title by Sly and the Family Stone. This is YLT’s first record since 2013’s Fade, and will feature 15 tracks. Several of the the album’s songs — “You Are Here,” “Shades of Blue,” “She May, She Might,” and “Out of the Pool” – are available for streaming on Spotify.

Jack White’s last solo effort was in 2013, so we’re eagerly anticipating Boarding House Reach. News of its production was only announced in 2017 when White revealed he was using a reel-to-reel recorder in Nashville, Tennessee to record new tracks. The songs “Connected by Love” and “Respect Commander” have already been released; though they feature synth music, they’re still packed with his unique sound.

En Vogue, the female R&B group from your 90’s youth, is back with their first studio album in 15 years. The group has influenced multiple artists over the years, ever since their debut release, Born to Sing, was released in 1990. The group’s formation may have changed, but it seems like their sound is as good as ever. Electric Cafe has several buzz-worthy singles, including the track “Have a Seat” featuring rapper Snoop Dogg.