TV and Movie Musicals: Dead or Alive and Kicking? 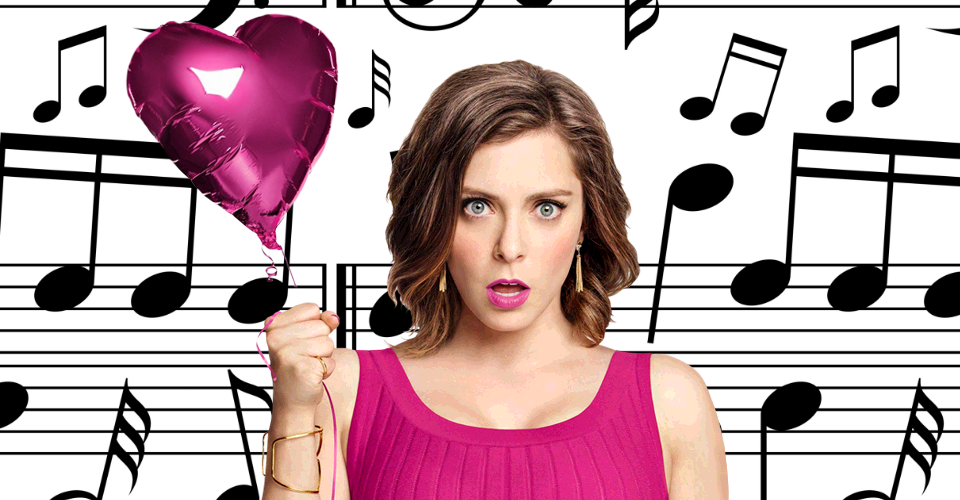 It seems like at least once a decade, movie (and TV) musicals have a reckoning. For every smash hit like Chicago, there seem to be ten flops, like Les Miserables, Sweeney Todd, and Across the Universe, to name three of the biggest offenders. At first glance, things on TV don’t seem much better, with the big, flashy failure of NBC’s Smash leading the headlines.

With every expensive failure comes 100 think pieces about how audiences don’t like musicals, they’re too expensive, and how Hollywood actors can’t be in them because they can’t sing like Patti Lupone. Although no one is about to argue that Russell Crowe is good at musicals, these kind of criticisms are not the right way to assess the health of the musical format.

During the golden age of the movie musical, professionals like Fred Astaire and Ginger Rogers dominated the movies. There is an expectation that the same would hold in the 21st century, with Broadway stars taking the lead in musicals, but it hasn’t quite worked out that way. Today’s movie environment demands star power, and Lin Manuel Miranda aside, few theater veterans are household names and faces. I’m not sure that it’s such a big loss. Despite the insistence that 2017’s La La Land was horrible because Emma Stone and Ryan Gosling were not professional singers and dancers, this critique didn’t matter to the moviegoing public. They weren’t portraying famous dancers and singers: Stone was an actress and Gosling was a down-on-his-luck jazz pianist. Their performances were appropriate for the role, and more importantly, exuded a kind of winning charm long associated with musicals.

It’s also hard to argue with the idea of casting Hollywood talent when the second-biggest movie of 2017 was Beauty and the Beast, starring Emma Watson, backed by theater veterans. Musicals are often criticized, but BATB will galvanize Disney to remake more of its classics as live action song-and-dance movies.

Which brings us to another point: it’s still the material that sells the movie. The PT Barnum biopic The Greatest Showman, starring bona fide Broadway star Hugh Jackman is winning the box office but getting horrible reviews. Critics hate the material, which rewrites Barnum as some kind of everyman hero, but moviegoers still like the format. This will no doubt encourage more musicals.

Somewhat surprisingly, it’s television where musicals have truly flourished. After NBC’s expensive disaster, Smash, it seemed like networks were scared off by the complexity and huge production costs of doing a weekly musical. But again, the format and material won out. NBC had a surprise hit with its live musicals, spawning copycats on both ABC and Fox.

Smash had barely been in the grave when Fox decided to green light Ryan Murphy’s Glee, which quickly became a breakout hit. Crazy Ex Girlfriend revived the format by taking it even further into comedy and bravado, becoming a cult hit. In 2018, Murphy will push the edges once again with Pose, an enormously ambitious dance musical focusing on which boasts the largest transgender series regular cast of 40 people, in addition to dozens of additional cast members. They will tell the story of New York City’s underground dance culture and ballroom dance culture of the 1980s. The show is sure to be the most buzzworthy of the summer, airing on FX.

This year is sure to be a consequential one for the format. In addition to the Mama Mia! sequel, 2018 features the return of Mary Poppins (Emily Blount and Miranda), A Star is Born (directorial debut of Bradley Cooper, starring Lady Gaga), while the 1983 movie Valley Girl will be reinvented as a musical (starring YouTuber Logan Paul).

2017 Indie Rock Albums of the Year