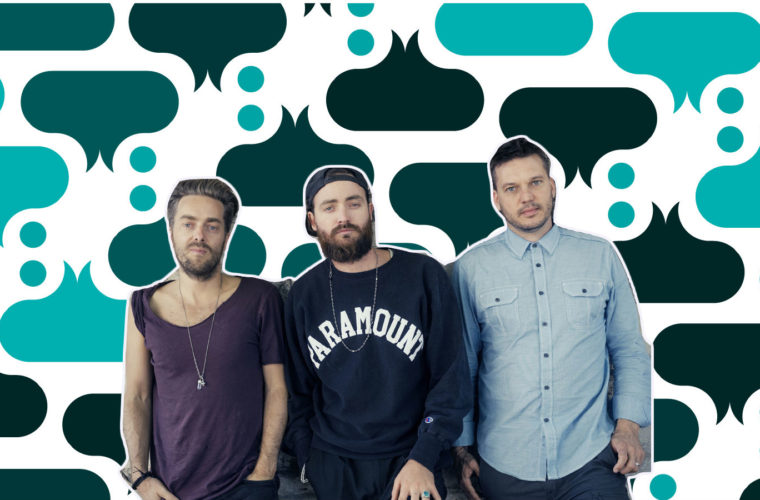 HBO’s newest limited-run series, Sharp Objects, just aired its fourth episode. The series is based on the novel of the same name by Gillian Flynn, author of Gone Girl. Intense, nail-biting, and thrilling, the show has picked a perfect soundtrack for a broody atmospheric vibe.  For those not to in the know, Sharp Objects features Camille Preaker (Amy Adams) come home to the mysterious Wind Gap, Missouri, a town plagued with homicides of young girls. Camille has some demons of her own, including an addiction to alcohol and self harm. She’s been sent to cover the murders with the POV of a hometown girl by her employer, a St. Louis newspaper. What she uncovers will cause her to delve into her past and question much around her. That’s putting it mildly — the show can be disorientating at times diving into flashbacks, weird visions, and jumps, but the music is right there all the way, often heightening our experience. Alan, Camille’s brother, constantly sits with a large collection of LPs wearing can headphones and losing himself to the music… the show seems to watch the viewer to lose themselves the same way. Even Camille, unsure of where to go, pulls out her trusty iPod to soundtrack her night drives.

The show Big Little Lies captured audiences last year, and Sharp Objects is from the same director, Jean-Marc Vallée and music supervisor Susan Jacobs.  Both have worked together to put together an incredible tapestry of music for the show. Sharp Objects features a lot of rock n’roll such as Led Zeppelin, but it also has indie tunes, folk, and everything in between. Even 2PAC makes an appearance on the show — in aural form, that is, no holographs here!

There’s a lot of songs to appreciate on this show and they definitely help punctuate dramatic moments, hint towards a developing plot, or define a character. There’s 13 songs in the first episode alone and the official Spotify list has over 30 tracks so far but there’s definitely some standouts.

“Tumbling Lights” by The Acid has been used several times in the show, most noticeably in a dramatic reveal of Camille in the bath. Again the lyrics are perfect here, this time hinting at her unraveling mental state: “Tonight I fall from far below / I’m ready for Dimensional, connection gold / I’m highest from Tonight I walk with matter gone / I’m ready for Some mystery lost and died alone). The track also appeared in the latest episode, Ripe.

“Small Town Heroes,” by Hooray for the Riff Raff features lyrics that might hint at the murders: And my man, he wanders ’round / He lets all those young women down

“Chord Left” by Agnes Obel (who also appeared on the Netflix Dark soundtrack) , a dreamy piano piece used during a dream sequence

Led Zeppelin has four tracks on Sharp Objects so far, and it likely cost a pretty penny. But they’re a good match and all are worth a listen: “I Can’t Quit You Baby” “Thank You” “What is and Should Never Be” and “In the Evening.”

Go ahead and just add the whole soundtrack to your Spotify plays, you’ll be glad you did.