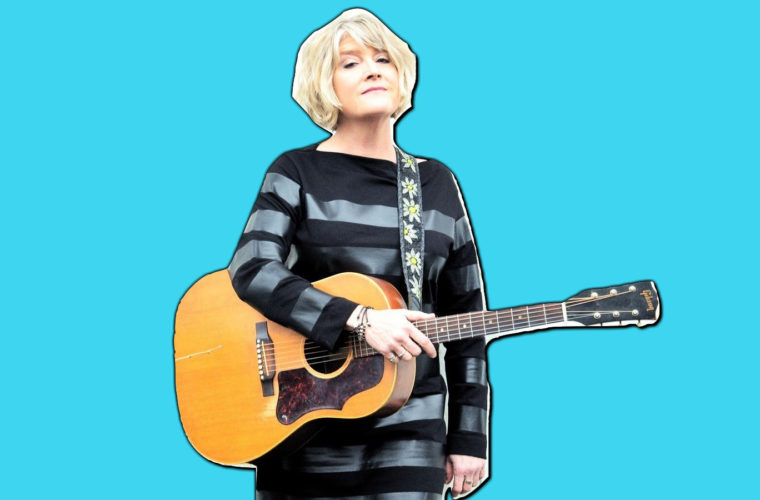 Kim Richey has a melancholy voice with a hopeful silver lining. There’s no auto-tune or studio trickery behind it – her voice is true and clear. Although she’s written number one hits for other artists, Richey is the best interpreter of her own music. She transcends genre category – a quick perusal at iTunes finds her back catalogue being sorted into a hilarious number of them: rock, pop, country, Americana, folk, alt-country. As Richey told the Fredericksburg Free Lance-Star, ignoring genre is kind of the point. “The music’s the most important thing to me, and not trying to fit into some box. I think people don’t know what to make of me a lot of times. Each record’s pretty different, which is fine with me.”

Edgeland is Richey’s eighth studio album. One of the refreshing things about Richey is that no two of these albums are alike. She shifts genres, uses different backing musicians, and frequently collaborates with others. There are three different backing bands on Edgeland, yet the songs are all cohesive. In other words, this is an album constructed by a seasoned pro.

Wild Horses is a ravishing song that finds Richey, backed by soaring strings, defiantly facing off with the past. “Back in the day I used to run my share of wild / Back when the nights went on forever / I tried to race my demons down the longest mile I ran my best, but they ran better.”  A less experienced songwriter would’ve made this a drippy ballad, but in Richey’s hands, it’s almost an anthem.  “I don’t chase wild horses anymore / I’m all done running from the way I was before.”

The arresting song “Your Dear John” is characteristic of Richey’s introspective lyricism. “Let me down easy / I’ve been on this run too long / If I don’t read your letter / You can’t make me your Dear John.”

One the emotional ballad “Not for Money or Love” Richey sings about her father for the first time. He drowned when Richey was two years old:

By the luck of the draw, more lucky than some

I made it home from the war

Back to the river and the place where I’m from

Across the water to the beautiful shore

Rivers, trains, running, and leaving are frequent themes on Richey records, and there’s plenty of that here. On “Your Dear John,” she’s hauling cargo down the Ohio River; on “The Red Line,” she’s watching from the window of Chicago’s L train; on “Pin a Rose” she’s counseling a friend about an impending love-disaster (“You saw a light / I saw a freight train coming”); on “Not For Money or Love,” she’s a miner born on the Muskingum River ; on “Can’t Let You Go,” “the last train’s gone / And the bars are closed.”

Over the last three decades, Richey has gone from major labels to indies and weathered the storms of a long career in a strange musical landscape. But Richey forges on, crafting a unique niche. She seems as determined as the protagonist in her song “The Get Together:”

“Let’s make some noise and carry on / Ride the wave until it’s gone/ High to low, high to low.”