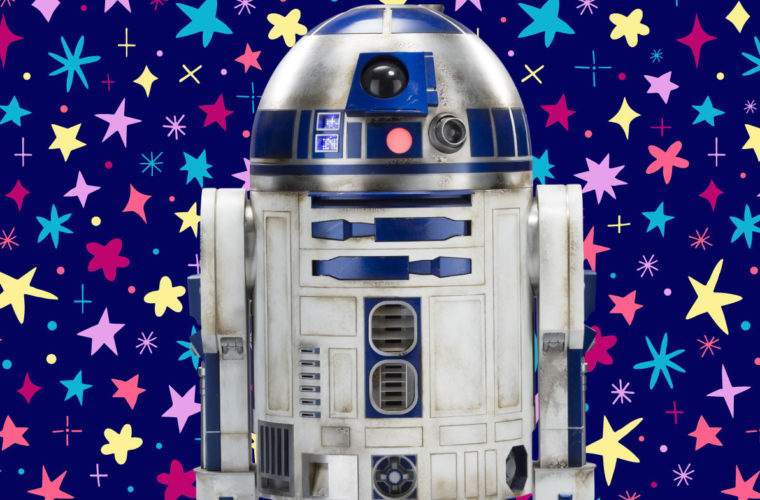 Star Wars is about to be back in theaters again (is this Episode XCXMCVIIXVIVXVXVVVIIII? What’s Jar-Jar Binks up to these days?) and that means it’s time for Disney/Lucas films to find more ways to sell more merchandise. Since George Lucas is no longer tinkering with the margins of the 1977 original film, it’s not a remastered deluxe edition of one the films that highlights December. Instead, they have opted to release a deluxe version of John Williams’ original score.

The package, which will be released by Walt Disney Records, is issuing a special edition box set of Williams’ score, complete with a soon-to-be-coveted hand-etched 3D hologram of the Death Star (on disc 1). Much of the first Star Wars movie, which was released in May of 1977, was amplified by Williams’ original compositions. Williams recorded the Star Wars music over eight sessions backed by the London Symphony Orchestra. The bars which play over the movie’s opening credits are among the most-recognizable in music history. They now feature prominently in all of the Star Wars releases.

The original Star Wars soundtrack took the world by storm. In the US, a disco version of the theme even shot to number 1 on the Billboard charts in 1977.

What’s new with this vinyl box set? Williams’ score has been remastered with hand-etching on two of its discs. Disc 2 includes a 40th anniversary Star Wars logo. The etching is courtesy of Tristan Duke, who had previously worked with Disney on etched holograms of a TIE Fighter and the Millennium Falcon, both for Episode VII, The Force Awakens, also released on vinyl. The three vinyl records are on 180-gram vinyl.

The package also comes with a hard-cover book that contains new photographs of the production and recording sessions. It includes essays about Williams and how his score influenced generations of filmmakers. One essay, “John Williams’ Journey to Star Wars,” written by Jeff Eldridge, discusses Williams’ early life and what inspired him on the movie now known as A New Hope. Another essay, “Tuning UP a Galaxy,” by Jeff Bond, explains how the music impact the Star Wars universe and beyond.

Fanboys and girls will probably have the set at the top of their wish list, although some may be annoyed at Disney for last year’s release of a less-deluxe but still pricey vinyl version. In 2016, the company issued a two double-LP’s with classic imagery from the films drawn on one side, and an artist’s sketch on the other. The $35 release provided great value. Disc 1 shows Darth Vader drawn into the dark sky, while it’s a-side shows the Death Star all the way to the record’s edge. Disc 2 features a picture of Chewbacca and Han Solo preparing for battle, while the other side is a gorgeous painting of the final Death Star Battle.

Sound quality is much better on the new box set, and those who spent $35 last year will likely be willing to shell out nearly five times that amount for the newest edition.