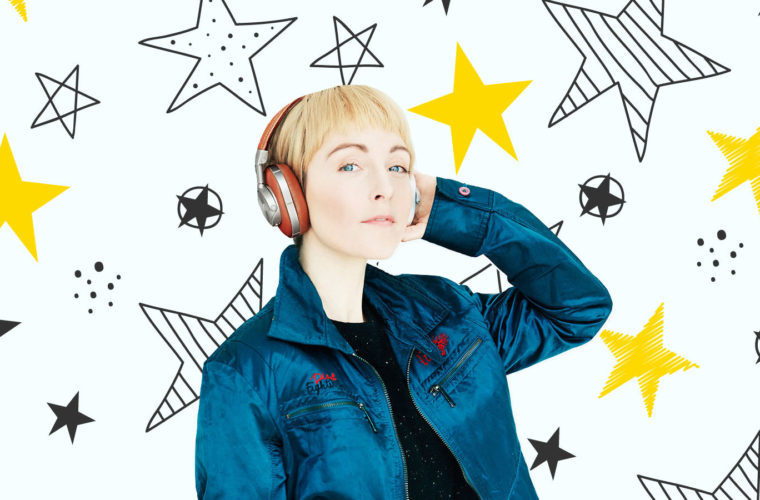 Minnesota indie band Poliça is back with their fourth album, Music for the Long Emergency. The band has teamed up with s t a r g a z e, a Berlin-based orchestral collective, to complete the album for Transgressive Records. After working together on a few projects in 2016, like the album Bruise Blood: Reimagining Steve Reich’s ‘Music for Pieces of Wood’, the two groups started planning a full-length Poliça release.

The resulting album, which took 18 months to complete is both explicitly and implicitly political.

The name “Poliça” is a rough translation of the Polish word for “policy,” and singer Channy Leaneagh envisions the name as an unwritten guide that infuses everything the band does. She also said the name came from a computer crash, after which the file was labeled as Poliça. Whatever the origin of the name, Poliça is certain about what they want to be.

The album’s centerpiece is the song “How is This Happening?” a lament written by Leaneagh on the day after the 2016 U.S. presidential election. The song expresses shock, outrage and resolve in lyrics like “I’ll fight until my days are done/ Protect the ones he prays upon.”

The song is the only one directed completely toward the election of Donald Trump. Leaneagh told Consequence of Sound that  “I felt it coming and I didn’t expect better from our broken electoral system…. BUT still everyday it’s like ‘what the fuck, why isn’t that an impeachable offense?!?!?’”

The ten-minute ode is undeniably melancholy, and stargaze takes it into the stratosphere with incredibly sonic dissonance.

The band has always been politically active. Its 2016 album, United Crushers, was permeated with observations about the era of police brutality in the United States. “How is This Happening?” contains a reference to that album and the movement that inspired it, ending on the statement “I can’t breathe.”

The rest of the record stays on track nicely, with an improvisational flair that keeps listeners both engaged and off-balance, which is a welcome change from their prior albums. The opening track, “Fake Like,” is infused with superficial artifice appropriate to its title. The song is just a brief break from the shock of the world, as the song “Marrow” breaks your brain with chilling strings, announcing that yes, stargaze is a part of this record, too.

The record doesn’t aim to soothe your soul, but it does give a restless brain something to fixate on. Leaneagh wanted the album to provide “the truly healing effects of making music with your friends.” Although this album won’t change the world or make anyone’s pain go away, Leaneagh says the band ultimately hoped to let others know they are not alone. “And while it doesn’t necessarily make things better, it builds community.”

07 “Music For The Long Emergency”